The report looks at four types of plans, which are detailed below. Only two of the plans offer stable value funds. However, plans with a stable value investment option represent 27.5 percent of all plans, 38.6 percent of participants and 45.8 percent of assets in 2013. 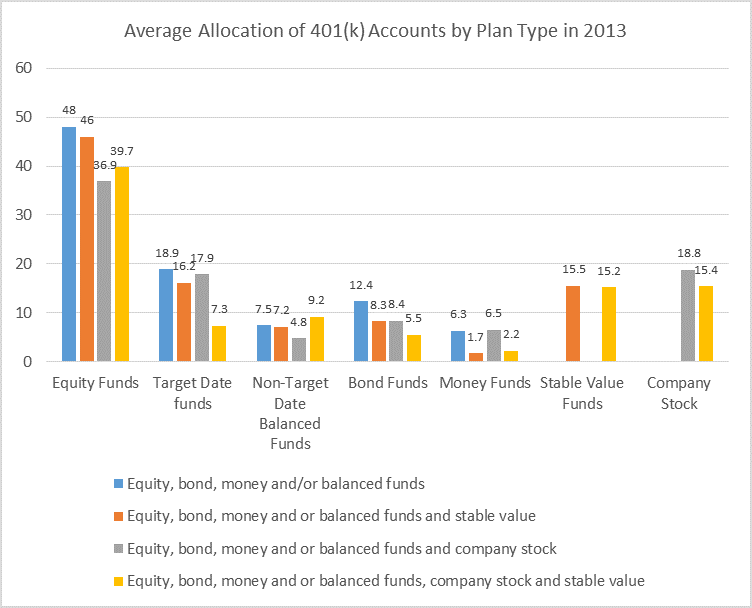 The EBRI/ICI report found that allocation to equity was 66 percent when equities through equity funds, the portion of their balanced funds, and company stock were included. This broader capture of equity asset classes raised participants’ exposure to equities across all age groups. EBRI/ICI found that 20 percent was allocated to fixed income securities such as stable value funds, bond funds and money funds. The following graph provides an overview of asset allocation for 2013. 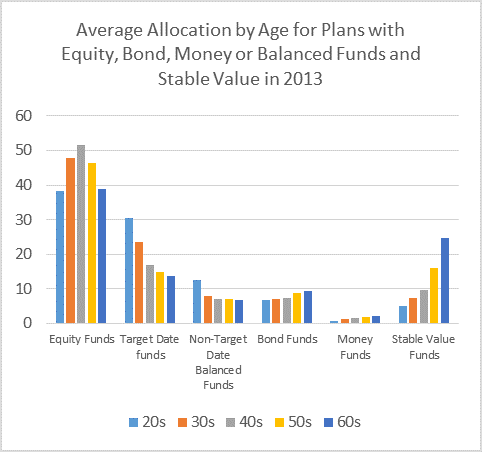 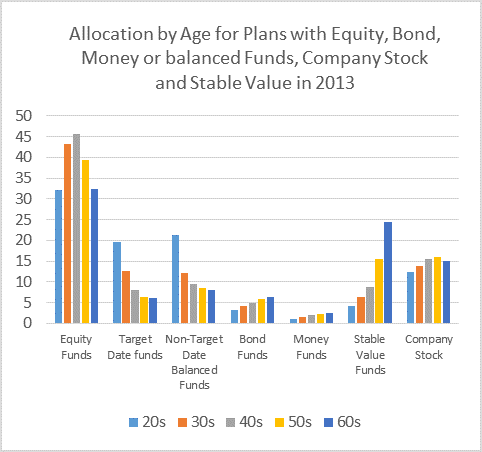 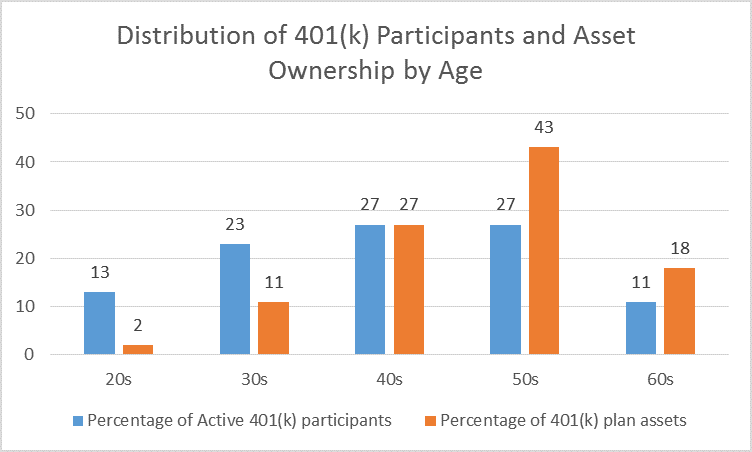 EBRI/ICI found the average account balance was $72,383 in 2013. However, the median balance was $18,433 but noted there was wide variation in balances by stating that 75% of the participants in the database had account balances lower than 2013’s average balance of $72,383. Further, they found that almost 40 percent had account balances less than $10,000 while almost 20 percent had balances above $100,000. They explained these variations were due to participant age, tenure, salary, contributions, rollovers from other plans, asset allocation, withdraws, loan activity and employer contribution rates. 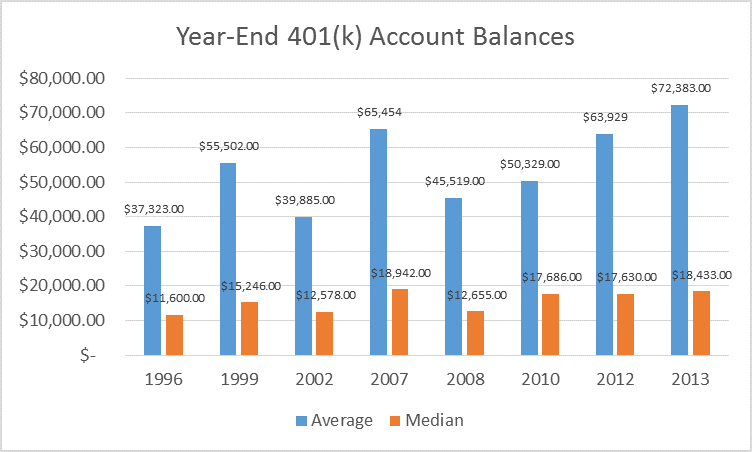 PrevPreviousStatistics:  US Retirement Assets, DC Assets, and Stable Value
NextWhat are the risks associated with a stable value fund?Next