Stable value is in a new stage of growth and stability. At the height of the financial crisis in the last quarter of 2008, stable value funds held about $347 billion of the assets in defined contribution plans. That number rose to $423 billion by the end of 2009 or 22 percent as investors sought out less volatile investment options. By the end of the second quarter of 2012, investments in stable value had risen to $441 billion, or 27 percent. 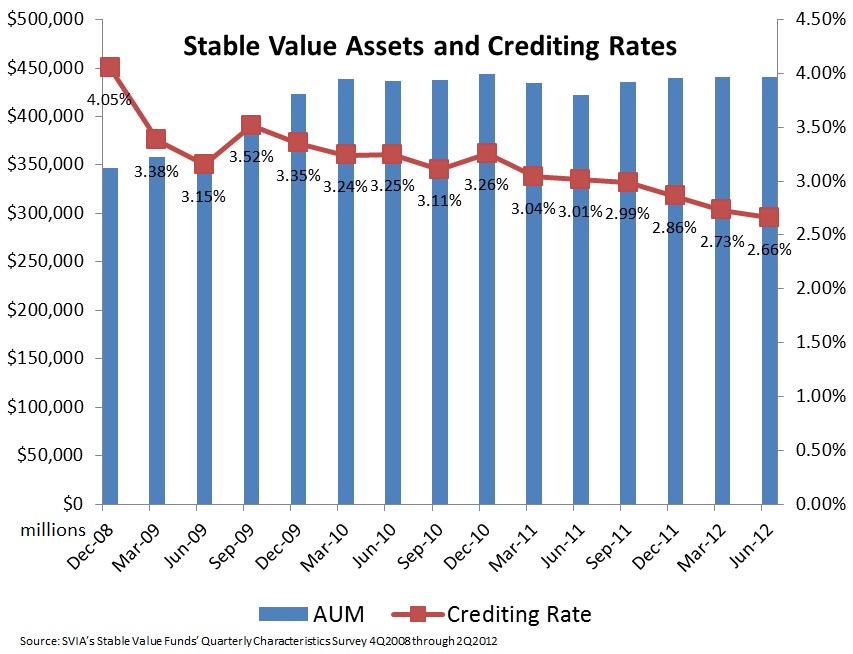 “This data demonstrates that plan participants knowingly chose stable value and with equal measure have stuck with stable value,” SVIA Chairman James King told SVIA members at the opening of the organization’s 2012 Fall Forum. “Retirement plan participants like the safety and security that stable value provides. During the financial crisis, when U.S. Treasury bonds were the world’s choice of a flight-to-quality investment, stable value funds were the security blanket for defined-contribution-plan investors that enabled them to sleep at night.”

King noted that while the Standard & Poor’s 500 stock index lost about 40 percent of its value from the third quarter of 2008 through the first quarter of 2009, stable value funds on average returned about 4 percent for their investors. While some younger retirement-plan participants have seen some of the value of their equity holdings recover, he added, the stock market crash “was tragic for near-retirees or those in retirement who had significant exposure to riskier assets.” By contrast, he noted, “Those who were in stable value didn’t lose anything.” 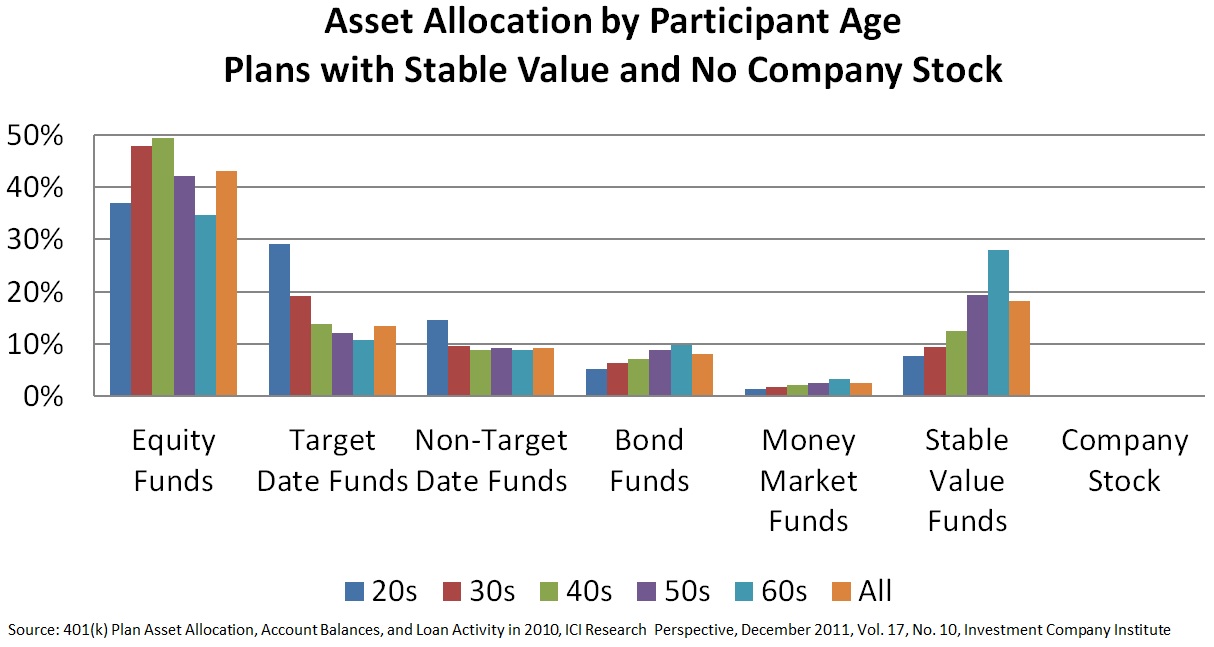 Although crediting rates on stable value funds have edged lower as short-term interest rates have declined over the past few years, King said, they remain positive. And stable value funds themselves, he added, have become “healthier than ever.”

“That’s a great accomplishment,” he said, “helped somewhat by the market but also by good management of underlying assets. As an industry, we are building a solid foundation for growth. We still have issues and challenges, but we will continue to build and continue to grow a stronger, more dominant asset class.”

The result, he concluded, is that choosing to offer stable value funds should be an easy decision for plan sponsors, given the industry’s health, its appeal to retirement plan participants, and its ability to offer those participants a unique combination of liquidity, stable investment returns, principal preservation and diversification.